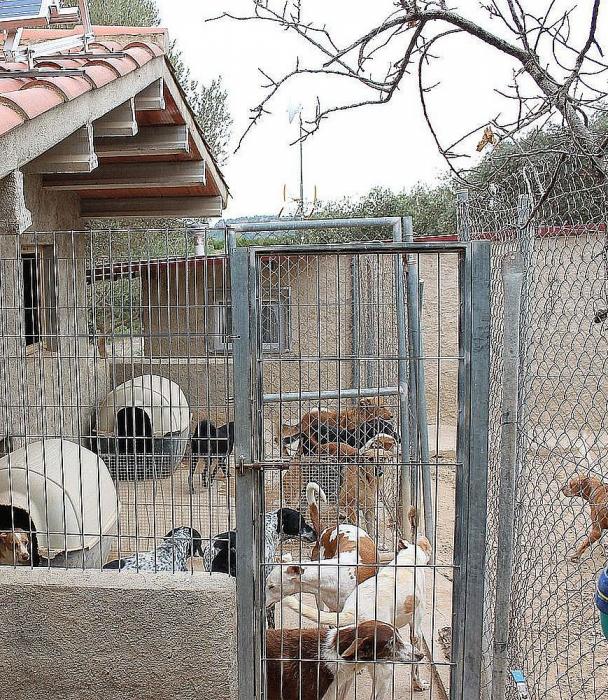 we would like to thank you for the donations received for our long-term project "La Ginesta urgently needs help".

The following animal friends have donated so far:

In addition, donated to the Spanish account:
Gabriel Arke Ehrler € 150

Isabel and her fur noses would like to thank you very much for this and of course hope for more donations. 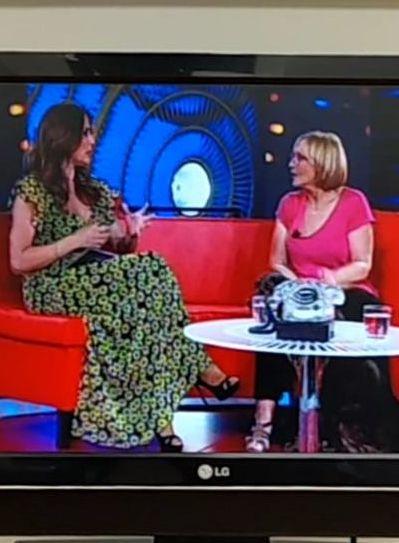 Teresa Cabezas, the 1st chairwoman of our partner shelter Albayyasa, joined the Andalusian regional program on June 22 because she has been committed to the animals for 40 years.

Congratulations Teresa for this great achievement!
There is more to it by clicking on the photo. 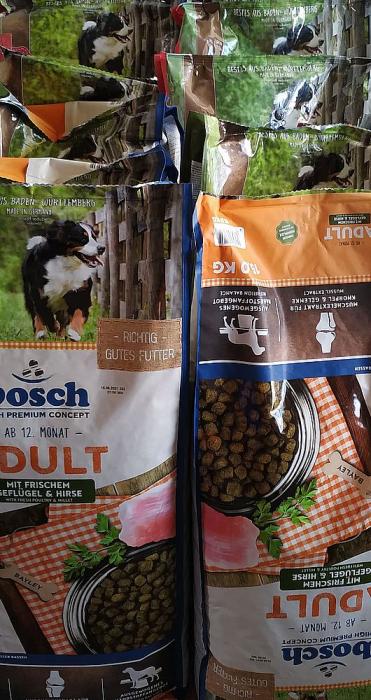 Thanks to your great help, many donations were brought back to El Camino.
To the delight of Carmen and her team, a lot of food, toys, blankets, tubs etc. could be provided for the protégés.

Donations are urgently needed there, because the number of dogs and cats has declined somewhat, but there are still many hungry mouths to stuff.

Carmen doesn't know if she can stay in the shelter for a long time, because the city of Alcala la Real makes demands on the site - the talks are already underway 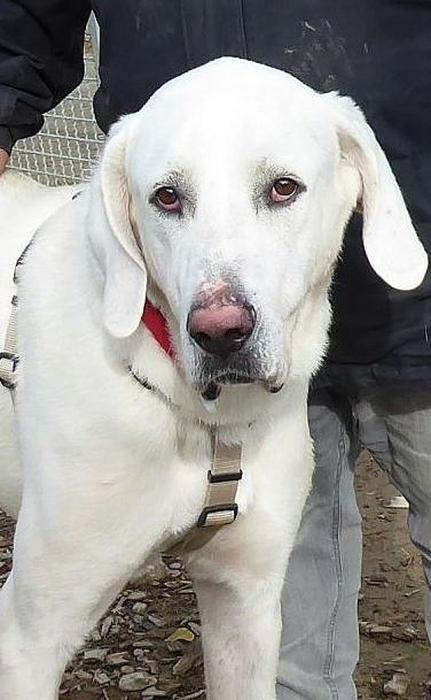 Our Aston was able to escape the planned kill in Resur - unfortunately he was badly prepared there, because Resur is constantly overcrowded and there are often up to 10 dogs in a kennel - the city employees do not pay attention to which dog is with which could tolerate - what for - the dogs are doomed anyway ...

Our Aston was lucky that our animal protection angel Teresa could save the dog.

But his condition required extensive veterinary care. The following animal friends were able to support Teresa and of course Aston:

We thank you very much for the donations that have already been transferred to Spain. 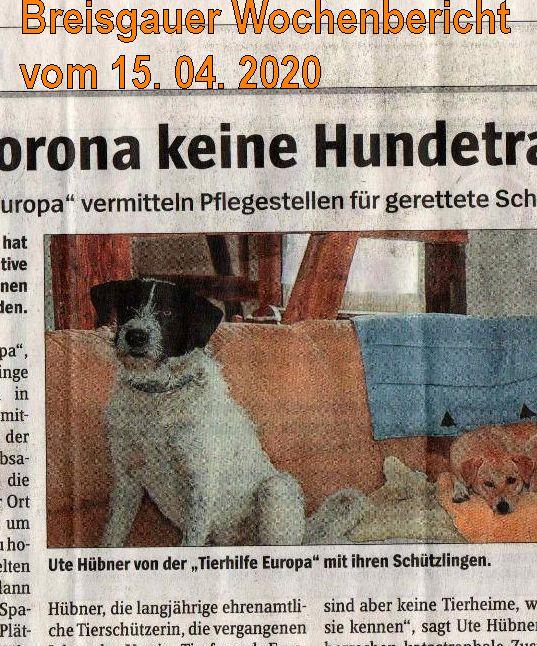 Hello dear animal friends,
here comes the report from the Breisgau weekly report, which writes very vividly, that the animal shelters, especially in southern Europe, are suffering a lot, because all people, especially in Spain, have a total curfew and can only look after their animals with a lot of discipline. - There may only be one person in the refugio.
Just click on the photo and learn more about it. 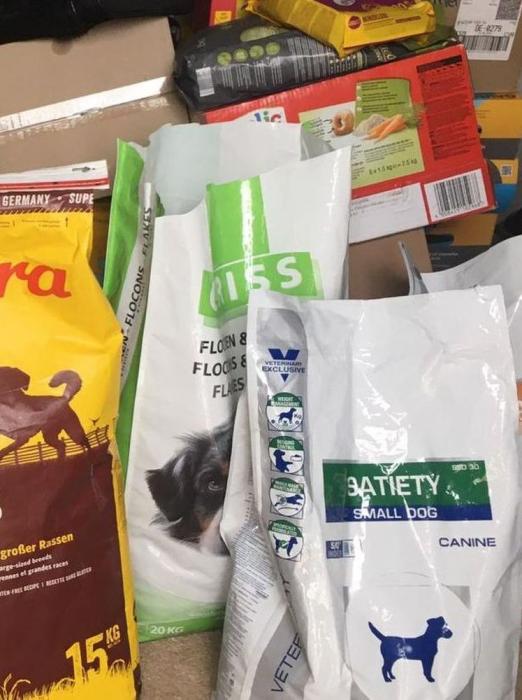 Hello dear animal friends,
After our last transport in March 2020 before the "Corona period", we were able to send donations to Baeza again via our Pablo that were urgently needed there.

You can find out more by clicking on the photo.
For the next transport we are already collecting donations for the El Camino shelter in Alcala la Real.

You are welcome to contact our two busy bees Gudrun Spany and Klaus Schnee.
Your animal friends Europe 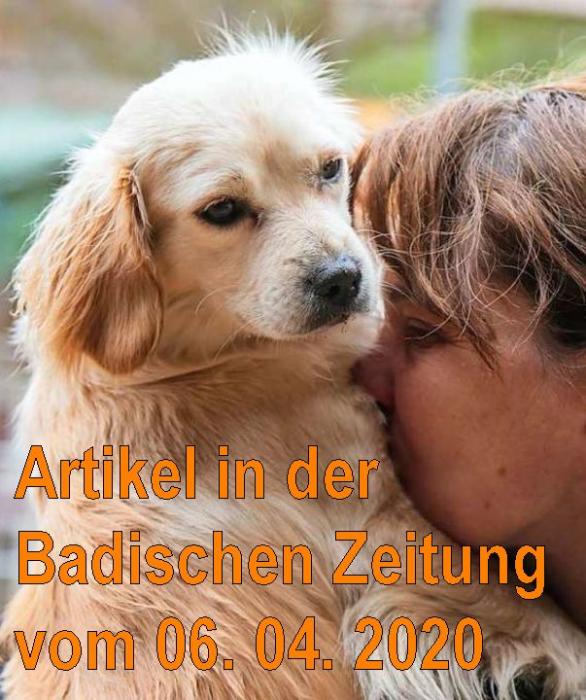 Dear animal friends,
On April 6th, 2020 the Badische Zeitung also got involved in the topic "the corona pandemic with effects on aid transport to bring rescued dogs from southern Europe to Germany".
Here is the article:
"By Sandra Decoux-Kone
Mon, April 06, 2020 at 7:00 a.m.
Ortenaukreis
The corona pandemic also has negative consequences for animal welfare. Dog transports, for example in the Ortenaukreis and in the Breisgau, cannot currently take place.
The animal welfare friends Europe, who arrange foster homes for animals from Spain and Romania in Germany, also had to cancel their animal transport planned for May.
"If the already mediated animals are not allowed to leave, then our partners in Spain and Romania will not have any vacancies in the kennel," explains Ute Hübner from Simonswald from the board team of the Association Animal Friends Europe. There are currently more dogs than usual in a foster home in Kappel-Grafenhausen, because mediation within Germany is difficult due to the crisis.
Ute Hübner founded the animal friends Europe association last year. The young association currently has 32 members. The partner animal shelters in Spain and Romania are mainly home to dogs that were saved by animal rights activists. If the dogs are healthy and ready to leave, they are presented in online portals for mediation. "We try to describe the dog very precisely and put video recordings on the portal that make it easier to show the character of the dog," says Hübner. In addition to arranging the dogs, the association also supports the partner animal shelters with donations in cash and in kind.
At the beginning of March there was a transport
At the beginning of March, the animal welfare friends in Europe made it possible to transport 19 dogs and a cat, who had been adopted in Breisgau and the Ortenaukreis or who stayed at foster homes such as the one in Kappel-Grafenhausen until they also found a suitable owner. "It is a very touching moment when the new keepers are waiting for their charges to be transported and to receive their new family member," says Hübner. Your association plans to mediate 100 to 150 animals annually. For correct and transparent work in animal welfare abroad, there are traces, a European information system in which veterinary offices are linked to one another in terms of data technology. "This way you know where the dogs come from and where they are going," explains Hübner. The traces system is designed to prevent the import of sick dogs and the illegal import of dogs by dog ​​dealers. ”
You can also go to the PDF document in JPG format below.
Have fun while reading.
Your animal friends Europe 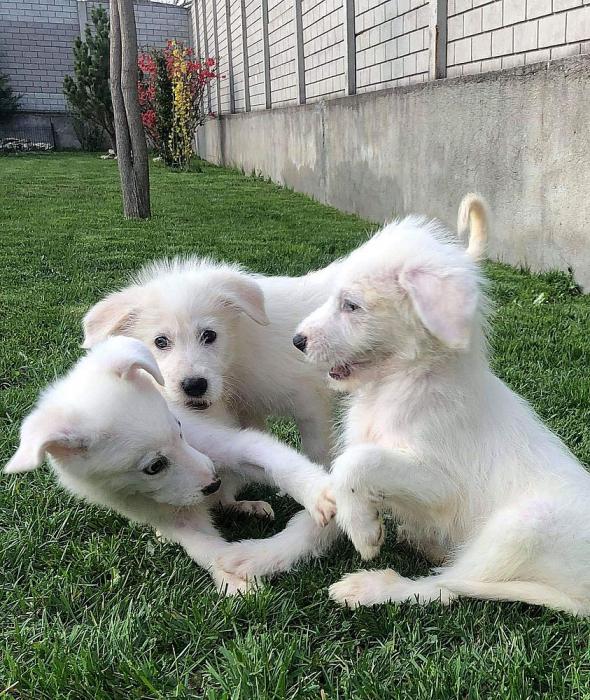 Our Shana had eight puppies, but unfortunately they all got very sick and only with your financial support could Mihaela help three of the little ones, who are now all over the mountain.
All information, pictures and videos are available when you click on the photo.
Mihaela from Asociatia ALMA and the team from Tierfreunde Europa thank you very much.