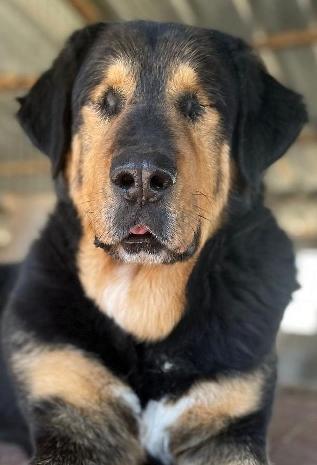 Black's first chapter in life was not a nice one. Tied to a chain, he had to eke out his existence in the surrounding mountains of Mora la Nova. Mostly these chain dogs live on a too short chain which only allows a small radius of movement and without protection against environmental influences like heat and rain.

So it happened that one day Black destroyed the chain and found his way to Georginas Shelter. He had many wounds on his body and his eyes were so badly damaged that they almost fell out of their sockets. Georgina took him to an eye specialist and he made a serious diagnosis: Black is in a lot of pain and his vision cannot be restored at all. He is blind on one side and irreparably injured the other. The best course of action is to amputate both eyeballs.

Black does not need to be pitied because of his blindness. He has continued to strengthen his sense of smell and hearing and does well without eyes. The anaplasmosis is also well treatable. Every 1 month he gets antibiotics. After 6 months the treatment should be successfully completed. Black is a loving "big bear" with a gentle character.

He loves to walk, sniff and hear people around him. He even gets taken shopping in town. He demonstrates a high level of leash leadership, does not run or pull on the leash. Black gets along very well with people and especially with children. On the other hand, he does not like cats and male dogs.

Black has actually had many prospective buyers in Spain. But all of them were surprised by his height and decided against adoption. We hope that the tide will turn in Germany.
Can you imagine giving Black a basket forever? He travels like all our dogs chipped, vaccinated (rabies and 5 times), neutered, dewormed, tested for MM diseases and equipped with EU pet passport to a new life!

Regina Wurth, Black's contact person, is looking forward to your call or mail. 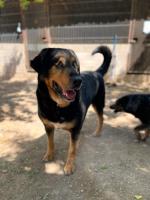 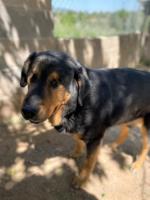 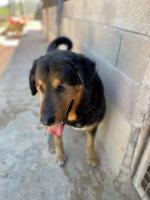 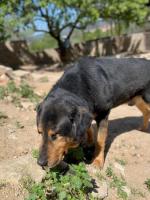 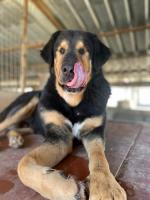 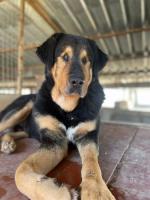 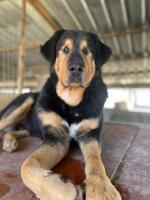 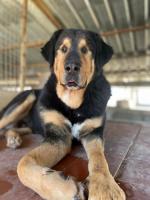