Here comes Trissa with no nice past.
Teresa from the Al-Bayyasa animal shelter was informed by the authorities that there were 7 dogs in a house that she had to pick up there because the owner became very ill and was hospitalized.

When Teresa and some of her helpers arrived at the address in question, they couldn't believe their eyes. The house was badly shabby, dirty and the garbage was piled up.
In between the dogs ran around.
The dogs were very frightened, dashed through the house, some peed and panicked and made their big business.

It wasn't that easy, but they finally managed to catch all of the dogs and take them with them.
At the animal shelter, they were all bathed and examined by the vet.
Trissa didn't know any pats, no treats, and no walks either.
She was so suspicious of the dog harness and leash that she wanted to bite through it.
The pretty mouse slowly settled in at the shelter, after a while she also approached the shelter's helpers and allowed herself to be petted. With time she found it great to lie in the sun, to feel grass and clay under her paws, which she hadn't known before.

Trissa is a very loving, calm bitch who just wants to live. She is very careful and in need of love.
Over time she noticed that caresses are something nice. She also loves to be held in her arms and
to enjoy every bit of love she gets .

If you want to give this great bitch a beautiful home with a lot of love and security, which the mouse has earned, then get in touch with Claudia & Michael Mellert. 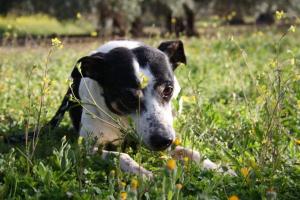 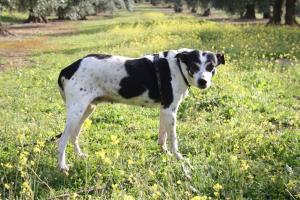 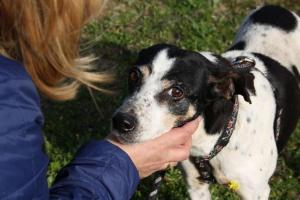 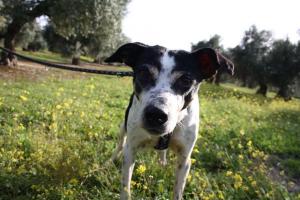 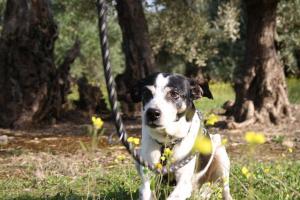 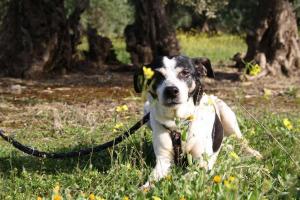 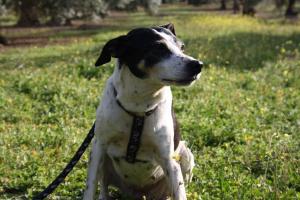 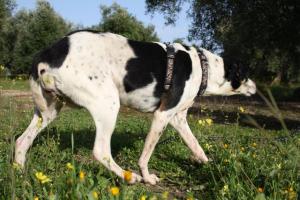 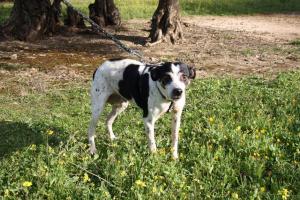 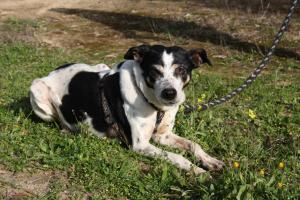 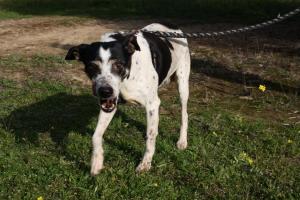 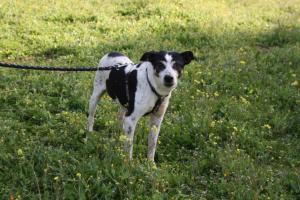 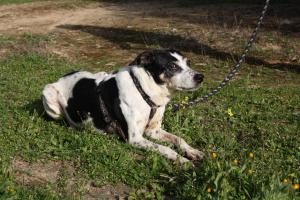 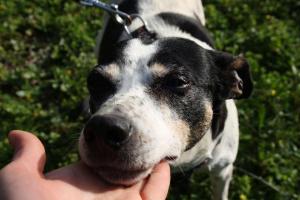 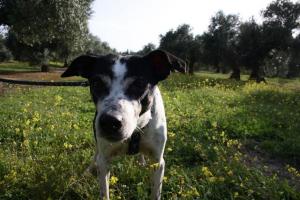